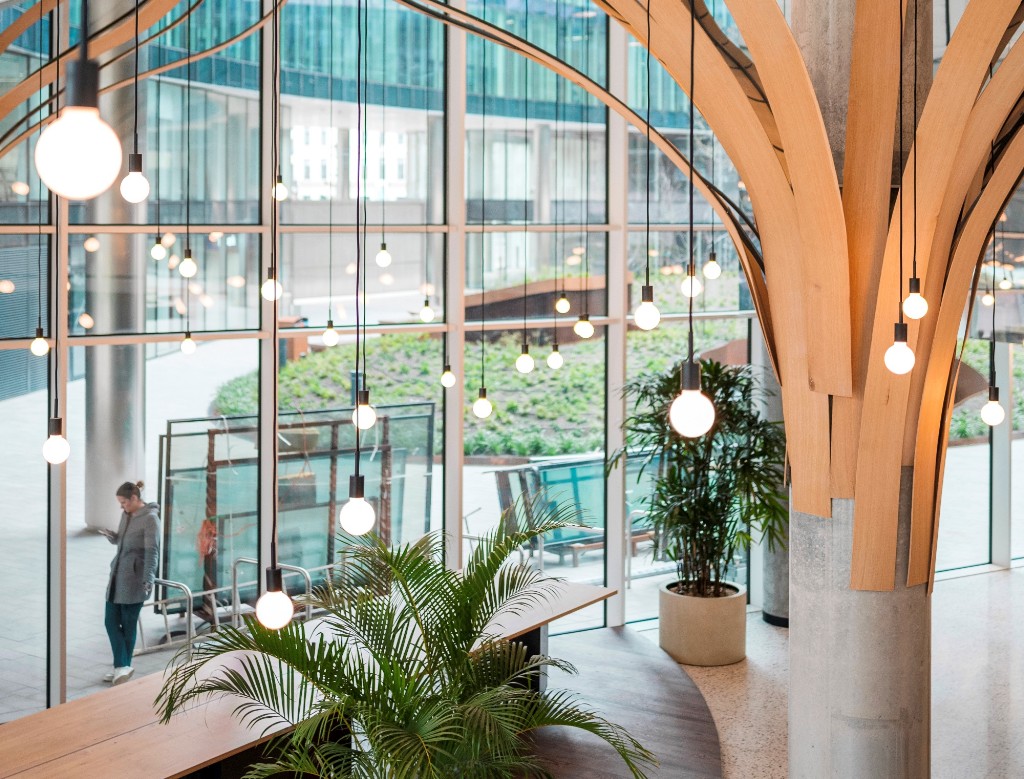 With its 7,000 m², Silversquare North is set to open after the summer in Quatuor, a new landmark building of Brussels North District. Since its foundation in 2008, Silversquare has always focused on unique and inspiring design for its co-working centres. Following Lionel Jadot, Lady Jane, KRJST Studio, Maniera  its now the popular 25-year-old singer-songwriter Lous and The Yakuzas turn to let her creativity loose on the interior of a Silversquare co-working spot.

Future visitors and co-workers will be amazed when they discover the fairytale universe of Lous and The Yakuza. A giant toadstool forest  made by people from Tomorrowland  will feature prominently in the co-working space. With Acirfas castle, complete with sculpture garden and birdcage, visitors are sure to daydream.

Axel Kuborn and Alexandre Ponchon, co-founders of Silversquare, explain the choice for the fit out of their 9th co-working spot . We are entrepreneurs for entrepreneurs. We believe in the power of inspiring surroundings, which stimulate further creativity, innovation, and better entrepreneurship. Our story continues with Lous and The Yakuza: by attracting local talent and indulging their creativity.

The Quatuor building is emblematic of the renewal of Brussels North district. The complex developed by Befimmo (the parent company of Silversquare) and built by Besix, consists of more than 60,000 m² of workspaces. Beobank and Touringhave chosen Quatuor as their new headquarters. The first tenants moved in last summer. This summer, its Silversquares turn.

Designed by Jaspers-Eyers, the architecture of Quatuor consists of an elegant, rounded ensemble of four buildings with a similar look but different heights, ranging from 5 to 18 floors. The buildings are linked to each other by a vast interior garden, open to the public. In this way the complex creates an urban link between different adjacent neighbourhoods  the Espace Nord and the historic heart of Brussels. The complex is multi-purpose, in addition to Silversquare, it will also include shops, restaurants, a bank and fitness facilities.

Quatuor is within walking distance of the canal and the neighbouring art hub KANAL  Centre Pompidou. It is located near Brussels North railway station and easily accessible by public transport. Looking ahead to a carbon neutral environment, one third of the underground car park is already equipped for electric cars and includes parking for 300 bicycles.