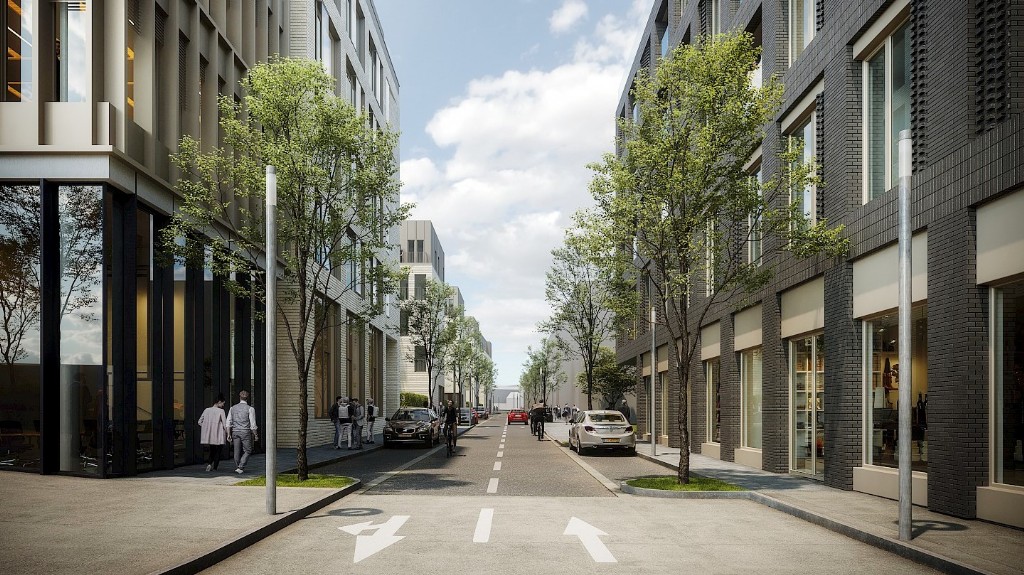 Developer Eaglestone has officially started the development of a new major complex in the Luxembourg city district of Bonnevoie. The Brooklyn project, as it is named, aims to preserve and even consolidate this neighbourhood atmosphere, states Eaglestone. The ground-breaking ceremony took place in the presence of Luxembourg City mayor Lydie Polfer. The project comprises 15,500 m² of living space, spread through seven buildings located on a former disused site on the Rue du Dernier Sol, and is designed to promote a diverse mix of functions. Homes, offices and shops will be laid out to create a bridge between the old and the new.

The seven new buildings are located less than 10 minutes walk from Luxembourg city station and are designed to pave the way for the revival of the Bonnevoie district. Eaglestone goes on to speak of this area being similar to its New York City namesake, from which it draws inspiration, Brooklyn is thus designed to become the capitals trendy, cultural and dynamic hub. The desired atmosphere was made immediately apparent at the official opening with the slogan Art is part of it! Eaglestone highlights the importance of art in each of its real estate projects.  Artist Samuël Levy draws inspiration for the first live composition in the district. Over time, the entrance halls of each building will be embellished with unique works.

Looking forward to the time when Brooklyn will be completed and totally operational, the developer alludes to a sense of uniqueness in the Bonnevoie district with human warmth flowing between the houses, shops, restaurants and coffee shops. Soft mobility is also part of the plan, with parents taking their children to school on cargo bikes and workers within a short walk of public transport services.

With its ideal location, Brooklyn embodies Carlos Morenos concept of the 15-minute city. This means that future residents will find all facilities within a 15-minute walk or bike ride. And through public transport, even the most prominent businesses and emblematic venues of the Luxembourg financial centre, Eaglestone points out, will be within easy reach. On top of all this, with the new tram route, the new N3 road and the cycle track, Brooklyn will be at the crossroads of the whole of Luxembourg. From the Cloche dOr to the city centre, from Howald Station to the central station, from the airport to the Ground, all roads will lead to Brooklyn.

Estate agents Bricks and CBRE Luxembourg will cater to the needs of prospective homeowners.