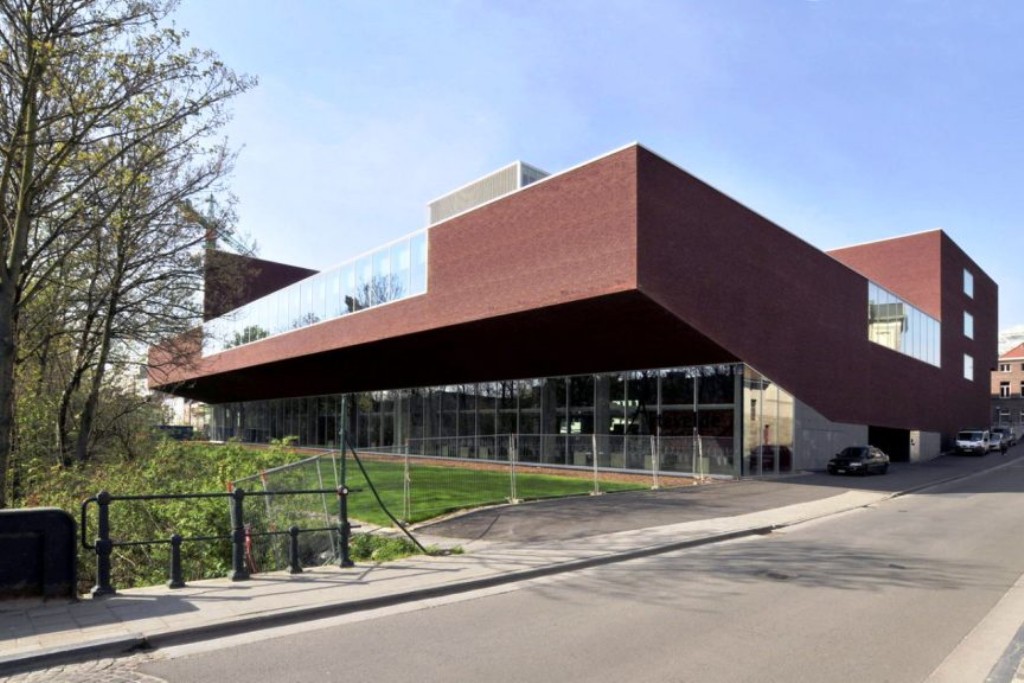 Artveldehogeschool in Ghent was the largest provincial deal of the first quarter. (Image: Binst architects)

Cushman & Wakefield starts by saying that the Flanders office market recovery noted in 2021 has not fully spilled over into 2022. Flanders has seen, at this beginning of 2022, its lowest quarterly take-up in two years, with C&W recording the lowest take-up since the outbreak of the Covid-19 pandemic in early 2020. In figures, take-up in the major Flanders markets (Antwerp, Ghent, Leuven and Mechelen) totalled 34,500 m² in the first quarter, against an average of 56,000 m² over the past five years. Antwerp occupied top spot with 17,000 m², followed by Ghent (13,000 m²), where the largest deal of the quarter was signed. Mechelen registered 2,300 m² and Leuven 2,000m². The largest deal of the quarter was 3,200 m² by Artveldehogeschool in Alides The Platform (Gent Zuid district).

C&W also notes, perhaps surprisingly, that in stark contrast to the end of 2021, where nine out of the ten largest deals were linked to Grade A spaces, four out of five of the largest deals in Flanders during the first quarter took place in lesser-grade buildings. This is only expected to be a temporary phenomenon, however, and new quality offices will continue to drive take-up in Flanders, such is the scale of demand for Grade A spaces in particular. A speculative pipeline is required for market to thrive, C&W points out. New speculative products have to be regularly added to the stock (as opposed to turnkey projects only). In absolute terms, the pipeline for the coming years is strong, particularly in Antwerp and Ghent.

Where rents are concerned, the delivery of Intervests Greenhouse The Collection in Antwerps Singel district may drive the Antwerp prime rent to new higher levels. However, in the meantime prime rents remain stable ( 165/m²/year in Antwerp and Ghent). Average weighted rents are at  124/m²/year, a decrease compared to 2021. This is logical given the absence of Grade A take-up among the larger deals this quarter.
No particular occupier type dominated proceedings in the quarter and the public sector was virtually absent.

Calm year ahead for Wallonia

Moving to Wallonia, C&W predicts a calm 2022 for the office market. Wallonia office take-up has been trending downwards for little over a year, with just under 5,000 m² recorded in the first quarter, against a five-year average of 19,000 m². This is not unexpected, with few large deals expected to drive the market in 2022. In total, fewer than ten transactions were recorded across Charleroi, Liège and Namur. Liège recorded the largest figure among Walloon markets in the first quarter with a low 2,500 m². Charleroi is expected to record one of the years key transactions by this summer, a large pre-letting by AVIQ and FAMIWAL (both Walloon public sector bodies) in the Ohr!zons tower, a 23,000 m² project which is scheduled to be delivered in the next two years in the emerging Left Side Business Park district. This is likely to be one of the last large moves involving the Walloon public sector following an overhaul of its occupational strategy over recent years.

Aside from the above, 2022 is expected to be a calm straightforward year in Wallonia, with no major emerging trends. The largest deal in Wallonia during the first quarter was a 1,800 m² letting by Securex in the Portes de Liège. Average deals were in the 300 - 600 m² bracket this quarter. There is a shift to turnkey projects expected, C&W pointing out that with a lack of large deals on the horizon, developers focus is expected to shift to turnkey rather than speculative projects for the medium term, probably until the 2024 elections when new public sector occupation strategies may emerge. Approximately 260,000 m² are calculated to currently be in the pipeline for Wallonia up to 2024.