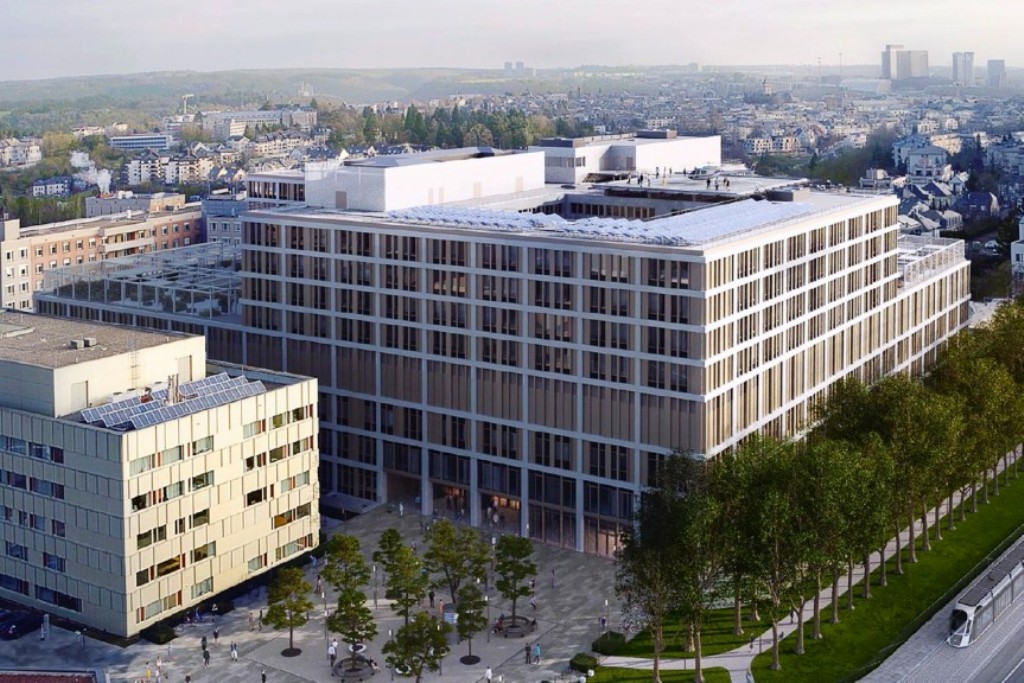 Details of the new major hospital complex in Luxembourg have just been announced. The CHL Centre will be a massive construction, totalling a little over 54,000 m² and located on the Route dArlon, between the Val Fleuri and the Rue Federspiel (the site of the former maternity unit).

The objective of the new hospital centre, as outlined yesterday by Luxembourg Health Minister Paulette Lenert and the Director General of the complex, Romain Nati, is to bring together a number of critical clinical services which are currently spread between the existing CHL and the CHL Eich. Also included will be the national cardiac surgery Institute and the interventional cardiology unit (INCCI) with 20 beds. The new construction will in concrete terms be a complex of twelve floors and accommodate some 474 beds located in 378 rooms (around two thirds of which are individual rooms) and have eighteen operating theatres. The emergency unit is being designed to accept over 300 patients per day and along with arrival by ambulance, two helicopter landing pads are being included.

An original plan to simply enlarge the existing hospital was abandoned due to the increase in demand, and the decision taken to add a totally new complex. Works are scheduled to start at the end of this year and be completed, and the centre put into operation, by the end of 2028. The budget is 820 million Euros.

Lessons have been learned from the Covid pandemic, the Minister pointed out, and the new structures will be easily modifiable to new and unexpected situations such as this.