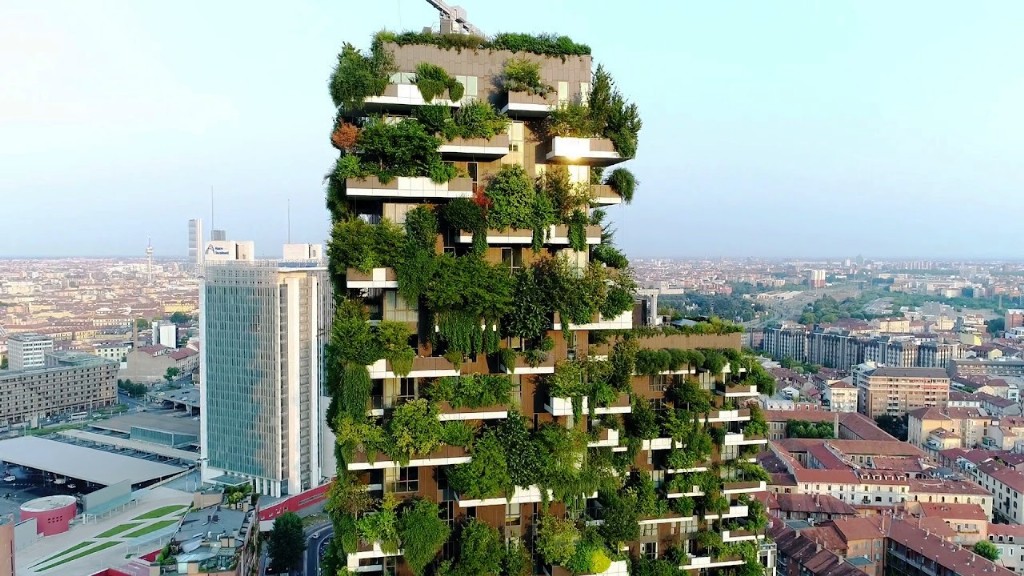 The second in this seasons Lunch with an Architect (Forum Press and Communication) took place this week and welcomed an illustrious Italian architect  Stefano Boeri of Stefano Boeri Architetti. So illustrious is he considered to be that the event was graced by the presence of the Italian Ambassador to Belgium, Francesco Genuardi. The Ambassador spoke of a Proud Day for Italy, and he appeared to be not only referring to Stefano Boeri but also to be taking credit for the Italian-style sunshine which was bathing Brussels that morning!

Stefano Boeri is recognized across the world for his work on sustainable architecture, and this most frequently takes the form of greenery  trees and shrubs  being built into his works. The Bosco Verticale (vertical forest) in his bureaus home town of Milan has indeed become the new landmark of the city. These two towers boast no fewer than 900 trees on their facades.

Stefano Boeri s obsession with green (his words) stem from his absolute conviction that improving the impact of climate change will have to start by reducing the net pollution of our cities. From 1950 to 2050, he pointed out, the percentage of the earths population living in cities will have increased from 29% to 78%. And cities, he went on to say, are not only the leading cause of climate change, but also the leading victims of it. To help in this, a single adult tree can absorb 10-20 kg of CO2 per year. Along with including trees in his constructions (as part of the overall design from the very concept stage) he advocates the greening of other structures such as urban dividing walls and fences.

During his presentation, and marking a break with the sort of information normally provided by architects, there was no mention of steel, brick, glass, internal dimensions and communication routes The only allusion to technical elements at all came in pointing out, using the Trudo Vertical Forest project in Eindhoven as an example, that it is necessary to study how the trees can be securely rooted into their pots on the balconies. He therefore works closely with botanical nurseries to select the right species, and he also has to calculate such factors as the wind.

Stefano Boeri also works in Belgium, and the Palazzo Verde in Antwerp has recently been inaugurated. The Val dOr in Brussels is an ongoing project with a considerable challenge. For here, the project involves transforming an existing building and thus  in simple terms  retro-fitting a new façade structure to the old building in order to accommodate the trees. On this point, Stefano Boeri pointed out the importance of retro-fit, as it is clear that the vast majority of all our buildings already exist.