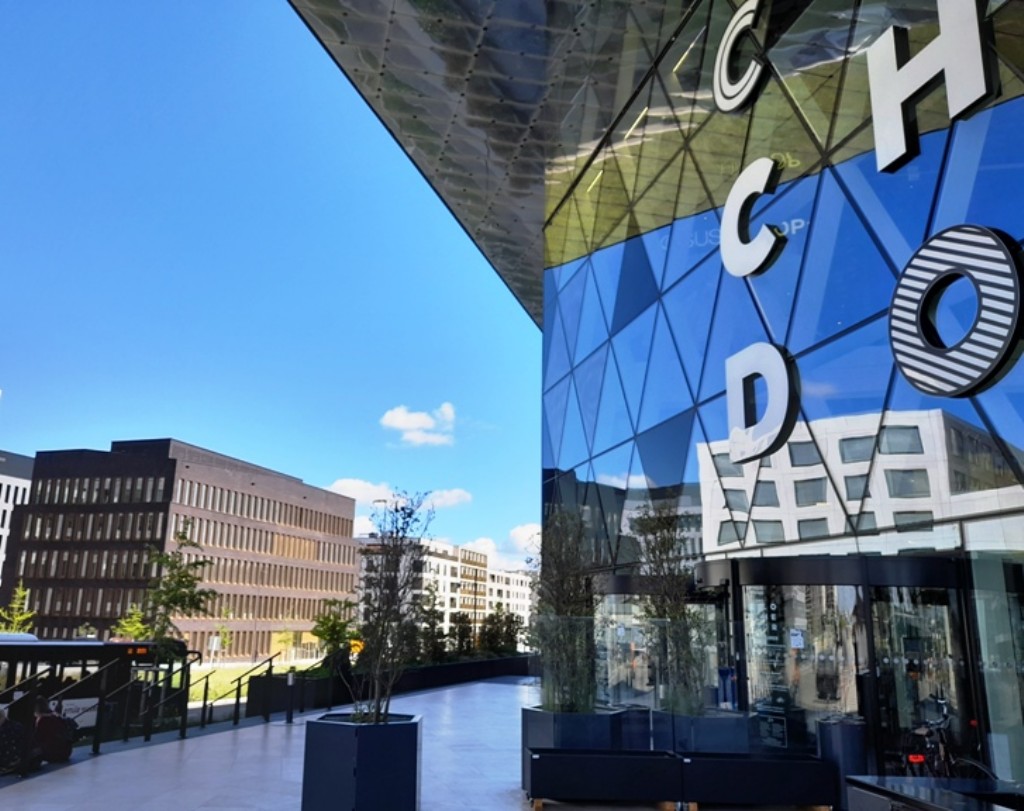 The Cloche d'Or shopping centre also benefits from being in a rapidly growing business district.

The Luxembourg office of real estate advisor CBRE presented the results of its analysis into the retail market in the Grand Duchy at a press conference few days ago. It looked at how the market had performed in 2021 and what was happening now in the post-Covid era. The first point to note about this extremely small state (population currently 645,000 and expected to hit one million by 2050), is that economic growth is high, 6.9% in 2021 and expected slow to a still very healthy 4% and 3% over this year and next. It should also be noted that Luxembourg is somewhat unique in its workforce make-up. Added to the permanent population, of which it may be estimated by a simple demographic calculation that around 450,000 are of working age, are the 50,000 cross border workers who come in every day from each of Belgium and Germany, and the 112,000 from France. These swell the workforce by around 50%, therefore, and they also shop, not only around their place of work during the week, but by coming back at the weekend. Unemployment has been stable for years at around 4.7%.

Moving to the performance of the retail market, the first figure relates to the first quarter of 2022, which has shown growth compared to 2021(when total retail take-up was 35,000 m²). It is not yet clear, CBRE points out, whether the good performance of this first quarter is due to a poor, Covid-affected, 2021 or to some other factor. The most active retailers at the moment in terms of take-up are Action, Delhaize and Chaussea.

Vacancy in high streets in 2021 stood at 7.9%, and there were 26 deals in this segment during the year. This factor is also partly explained by the fact that shopping centres are the most popular destination, with Luxembourg City and Esch-sur-Alzette being the main shopping hubs. Vacancy in high streets is not helped by the 26% figure for the Avenue de la Gare, although this formerly somewhat run-down street is undergoing regeneration, and has attracted, for example, a Marriott hotel. Consumers are confident about the future of this district, which is quite logically, popular with cross-border workers. And on the subject of consumer confidence, CBREs analysis shows that following the different crises, some 61% are now paying more attention to price and 44% to environmental friendliness in their shopping.

To prove the point about shopping centres, CBRE looked at the performance of the Knauf Schmiede centre in the north of the Grand Duchy. This is of interest because being in the north, it is well away from the main population hubs of the south and from the cross-border workers. Nevertheless, this centre attracted 3.3 million visitors to its 40,000 m² of retail area last year. Back in the main population centre, the latest addition to the shopping centre stock is the Cloche dOr, just around 15 minutes drive from the historic centre of Luxembourg. Its 115 retailers and 75,000 m² of floor area attracted 5.5 million visitors in 2021, a figure which is up by a third on the previous year. It was also stated that certain retailers have opted for the Cloche dOr in preference to the city centre.

In terms of the penetration of e-commerce, between 73% and 87% of shopping for food, home and health goods is carried out physically, while on-line shopping is gaining in importance for other segments. It was also found that physical stores enhance the use of e-commerce, with CBRE concluding that physical stores are essential in Luxembourg. And indeed, requests from international retailers for space in Luxembourg is constantly high.

Finally, CBRE presented its latest analytical tool CBRE Calibrate which uses (anonymous) date from smartphones to see where shoppers come from and where they go, in high detail.