Broker JLL has published its report on the state of the Brussels office market over the first six months of this year. Volume on the take-up front was particularly low, with large size transactions missing from the overall picture.

During the first six months of the year, JLL starts, cumulative take-up was particularly modest, illustrated by a drop by 25% of the occupier volume to 144,200 m², which is the lowest since H1 2011. Compared to the 5-year average, the decline is amplified to 38%. What was missing was the large-size transaction flow, with the average transaction size coming in at m² against1,369 m² on average over the past 5 years. While the transacted volume is down, the number of transactions is up 25% year on year to 165 which also exceeds the 5-year average by 4%.

Where the profile of acquiring or renting compnies is concerned, 77% of the take-up was signed by corporates, 16% by international administrations and 7% by local administrations. So far no transaction has been recorded by European institutions. The key transactions of the quarter confirmed the recent trends of centralisation in highly accessible new or renovated buildings. The Dutch Embassy for example acquired Eaglestones K-Nopy project which features the best green and well-being credentials. The asset totals 8,200 m². and is located in the heart of the European District within immediate proximity of the main EU institutions as well as train and metro connections. Another administration having closed a transaction in Q2 is CityDev. They opted for the renovated City Center of AG Real Estate which is rated BREEAM Excellent and is ideally connected to public transport services. With regard to corporates, JLL recorded the relocation of Veolia in the renovated Poincaré next to the South Station.

Looking to the immediate future, JLL notes that the transaction process has rarely been so slow. However, there is a sizeable transaction pipeline not only from the European institutions that still need up to 100,000 m² by 2026 but also corporate, for example banks and law firms. Media sources have cited the renewed demand by the US embassy of a minimum of 20,000 m². with, as a possible target, the Cours Saint Michel complex in Etterbeek at the edge of the European District. And on top of this, Proximus is expected to confirm the preletting of its new headquarters in the North district.

Vacancy remained unchanged despite completions, and during the second quarter JLL recorded the speculative completion of c. 8,500 m² in the refurbished 31 Central in the City Center. The property is ideally located between the GrandPlace and Central Station. In the Periphery around 11,000 m² of new office space has been completed in Immogras Park 7 Onyx. This brand-new development hasreceived Well certification and is partly let to Seco, Remy Cointreau and The House of Marketing. At the close of the quarter, vacancy was the same as 3 months ago at 7.8% globally. Concentrating on the CBD, 3.9% is vacant against 4.0% previously whereas outside the CBD 14.4% is available, unchanged compared to 3 months ago. In volume terms, 1,027,000 m² is immediately available in Brussels. The share of new/Grade A buildings is minimal: 0.9% of total Grade A stock in the CBD is vacant against 1.4% outside the CBD (2% in the periphery), while at city level the share is only 1.1%.

The expected completions for the second part of the year amount to 97,756 m² of which 43,656 m² is speculative, which is low and paves the way for a further decrease of vacancy. The largest office buildings scheduled by year end are Allianz Commerce 46 (European District) which offers some 13,000 m² rated as BREEAM Outstanding, and Resolves Strombeek Business Park (Periphery) that totals 14,000 m² of available space. Provided that there are no delays is the scheduled deliveries, 2023 should return a much larger development volume. JLL estimates this at 288,441 m² of which 153,530 m² is not pre-committed at this stage. Key deliveries comprise the refurbished Ring Station Campus of Virix in the South Station district (27,000 m²) the Chancellerie of Codic in the City Center (14,567 m²) and the Aria of Generali, also in the City Center (8,251 m²). In the current context of escalating construction costs coupled with the very slow building permission process, there is a possibility that several projects will be postponed. 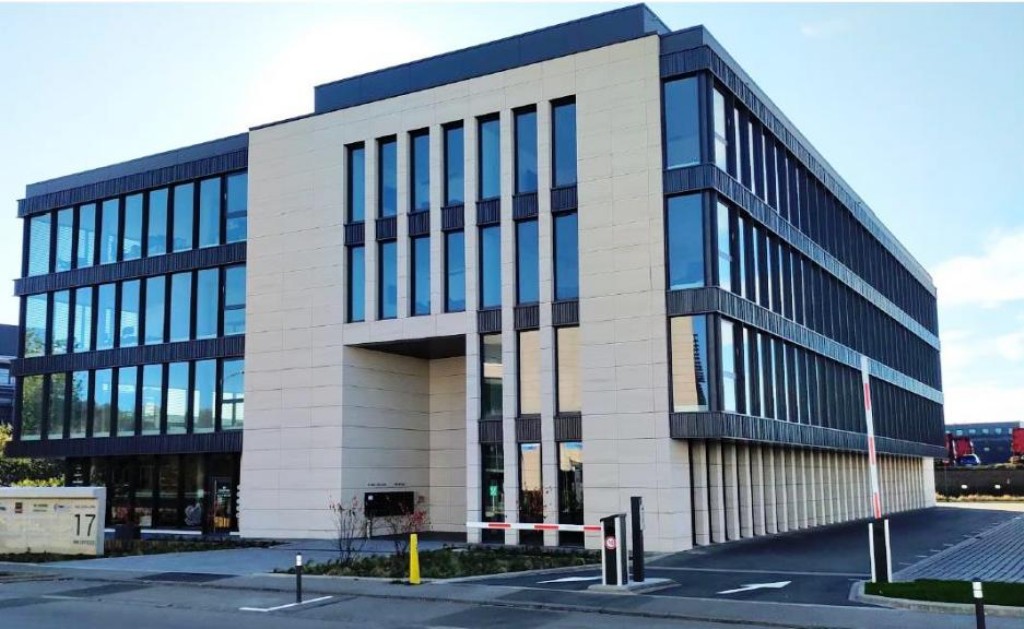