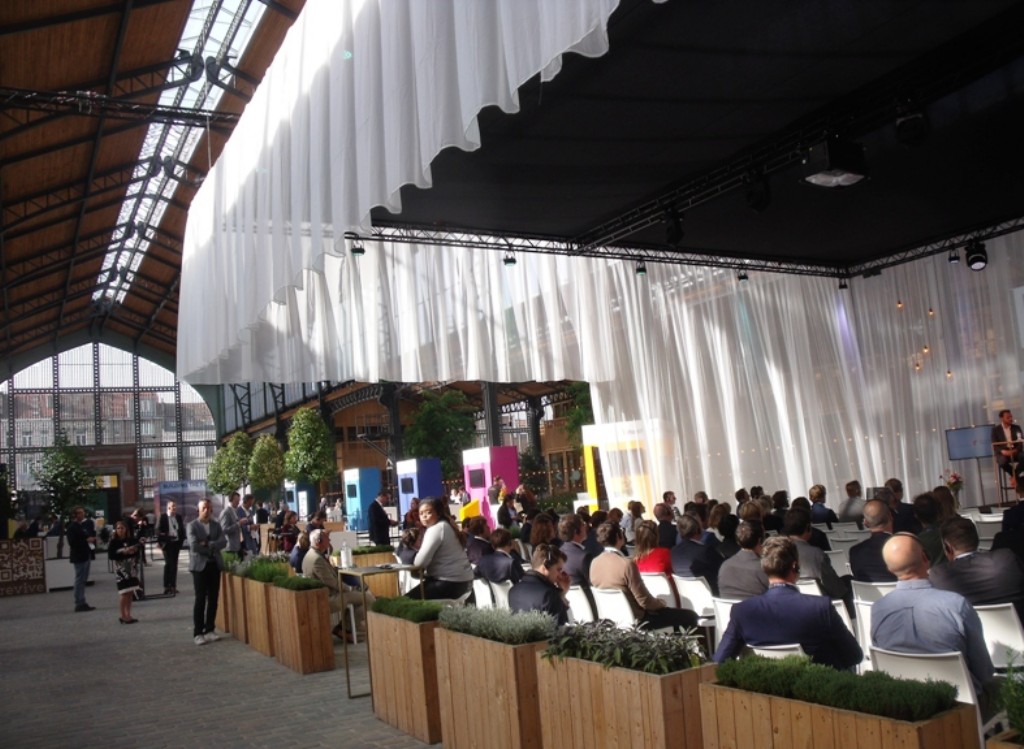 During its pre-show press conference yesterday, the Director of Realty, Nele Verhaeren, confirmed that the format of the show  primarily consisting of conferences and presentations  would continue. She also outlined the central theme of Realty 2022, which will take place once again in the Gare Maritime at Tour & Taxis, on September 20 and 21.

This central theme is summed up by the title Inspiring Cities, Breathing, Living, Working. To bring life to this topic, which is very much uppermost in the minds of those who run our urban areas, the mayors or high ranking officials from major cities in Belgium and elsewhere, will take part in a number of the 22 conferences scheduled for the fair. These cities include Brussels, Antwerp, Mechelen and Kortrijk, Seraing and Charleroi. The international participation comes from Grenoble and Venice.

The main topics which make up the central theme of the fair will be very much in line with the current context across Europe: Soaring Energy Costs, Construction Costs, Affordable Housing. On a more professional/technical level, presentations and debates will take place on Real Estate Tax Reform, ESG and Impact Investing, Sustainable Buildings. A round table on speeding up the permit procedure (havent we heard that before?) will feature a new tool developed by Alexander DHooghe which aims to achieve this by addressing all of the views and likely issues raised by the public and private stakeholders and the population, together at the start of a project.

Nele Verhaeren also pointed out that it is the aim of Realty to bring more equality in to the profiles of the speakers and presenters. This is in terms of gender (38% of the speakers this year will be female against 12% in 2021) and of sector (38% from the public sector this year against 24% last year). There will also be total balance among the languages used for the presentations  six each in French, Dutch and English, with four in a mixture of these. And along with the main conference zones, a co-living area will be available for universities and start-ups, with the aim of being a little more disruptive.

On a wider note, it is also hoped to create a sort of Realty community outside of the fair itself, with events taking place throughout the year. These will include a monthly newsletter, visits to sites and a conversation starter.