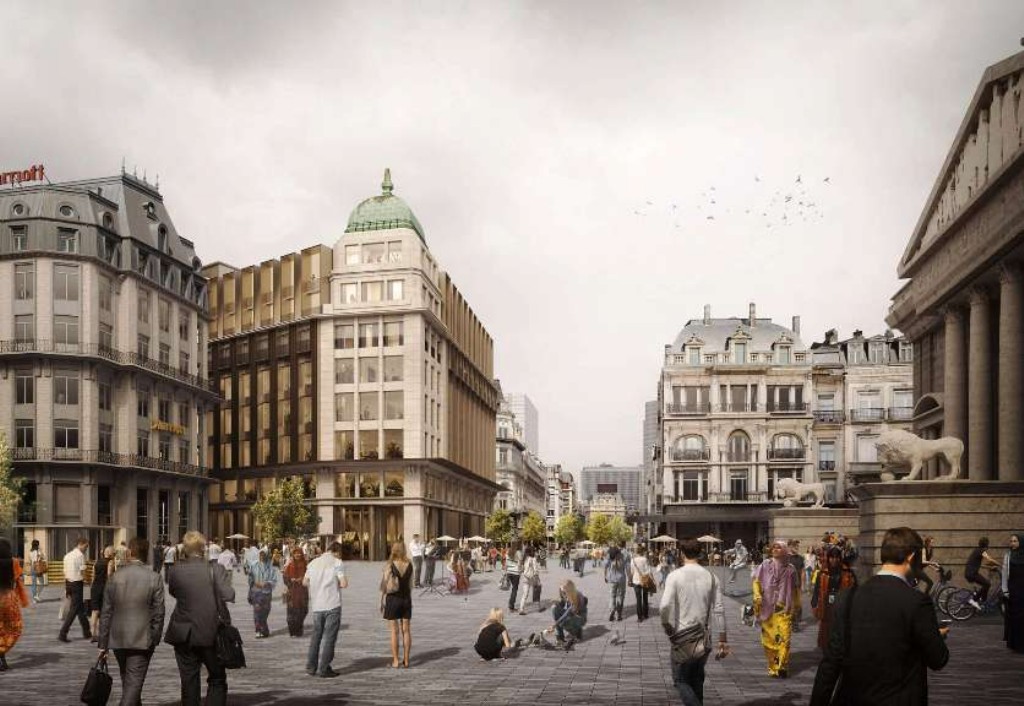 The urban transformation in the whole area around the Place de Brouckère and the Stock Exchange is continuing unabated. The pedestrianisation of a part of the zone has been the subject of much discussion, and is now largely in place. And recently, the BrouckR project was the subject of a revised planning application. Now, the Brussels Capital Region has announced that it has issued the permit for another emblematic building, known as The Dome (from its green dome on the roof) and located at one corner of the Place de La Bourse at its junction with the Boulevard Anspach.

The building will be transformed into a 21,000 m² multifunctional urban project comprising upper end residential accommodation, retail, restaurants and offices. The project is being undertaken by VDD Project Development and Vervoordt r.e., two Flemish developers. The works are expected to begin during the first months of next year and be completed by 2026.

Pascal Smet, Brussels Capital Secretary of State for Urban Planning, comments on the decision to grant a permit for this project: Key elements are the integration of the project into the public space and the different functions which will be included. The renovation of this emblematic building in this unique location in the centre of Brussels will constitute an important step in the revitalization of the centre of the city.

The original building dates back to 1870 and was originally called the Grands Magasins de la Bourse. Following fire damage just after the second world war and a transformation into offices and shops in 1970, it became home to Actiris until 2016.

VDD Project Development sys that along with its partner Vervoordt r.e. it is seeking the assistance of architects Coussée Goris Huyghe, known among others for the De Krook library in Ghent, the visitor centre at the Zwin in Knokke and the Kanaal warehousing in Wijnegem. It also says it is referring to the Haussmann-style architecture of the Grands Boulevards by once again giving the building a strong architectural identity.