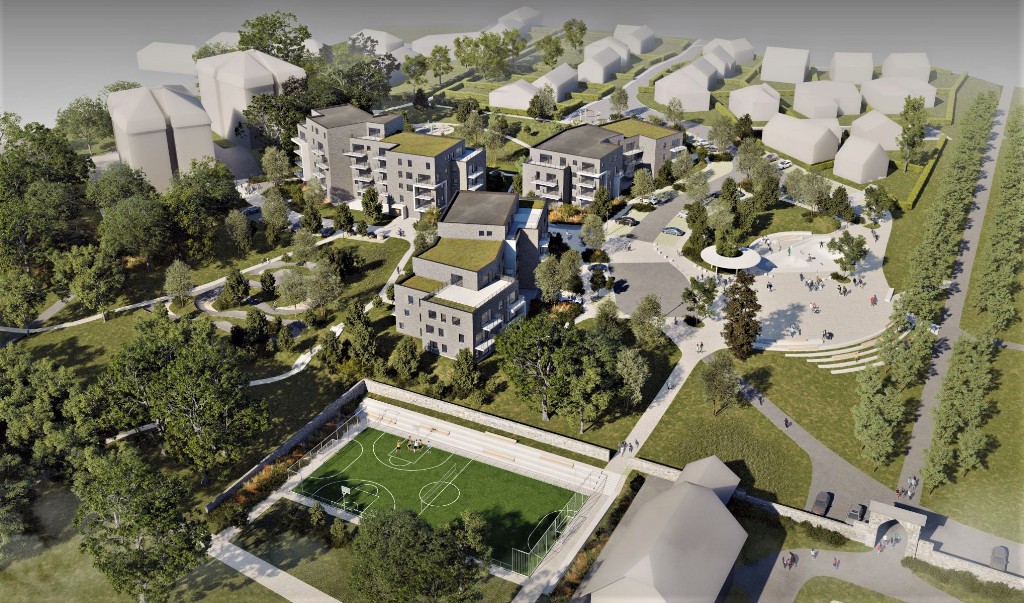 Thomas & Piron Bâtiment has won the public call for projects launched by the city of Ciney with BEP Namur for the conversion of the site if the former Lambert Stadium into an inhabited park. A hundred housing units spread over 3 buildings will be built on the site. Construction works should start at the beginning of 2024 for a period of 3 years.

Christophe Callut, project manager at the BEP comments the decision of the city to sell the 13ha ground to Thomas & Piron: Their proposal is totally in line with the ideology of an inhabited park developing community activities on the site. The creation of an esplanade at the heart of the project is an asset for the neighbourhood. This will act as a public place. Another not insignificant aspect is that they have limited the floor space occupied by the buildings, to maximize the extension of the park.

BEL architects & Associés is at work with the collaboration of SIX Consulting & Engineering s.a., XMU-Urbanistes and the landscape architects Atelier Paysage for the layout of the inhabited park beside Saint Roch castle. The project will integrate a variety of housing units and a series of urban leisure infrastructure (a skatepark, a mutli-sport court, a circuit for bicycles, an area for open space work out ..).