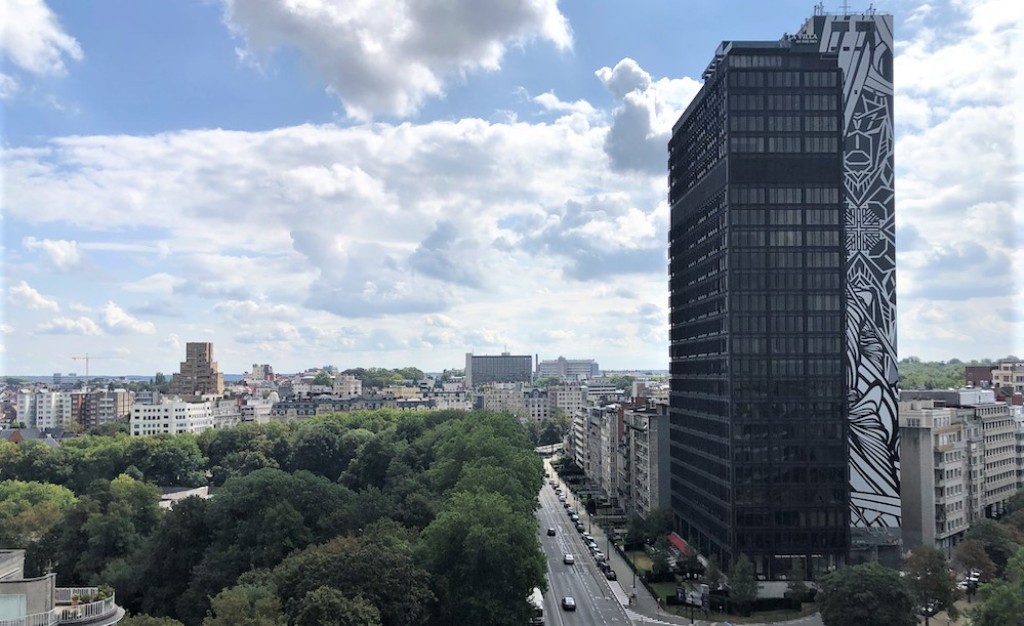 The IT Tower is easily recognizable in the Brussels skyline by the gigantic fresco laid out on one of its facade. (picture ArchiUrbain)

The IT Tower has just been sold by AG Real Estate to the developer Alides and to Cityforward. The amount of the transaction is estimated at 70 million euros. Its 23 floors above ground offer an office area of 21,000 m². With around thirty tenants, the tower currently has today an occupancy rate of 87%, but the new buyers intend to fill it 100% by the end of 2023.

With its 102 meters high, the IT Tower is the tallest tower on Avenue Louise. The building is one of the most iconic on the prestigious Avenue Louise in Brussels easily recognizable by the gigantic fresco adorning the technical tower. The building takes its name from the American company International Telephone and Telegraph Corporation which was the first occupier when the tower was built in 1972.

The IT Tower is the second major investment concluded this year by Cityforward, the fund created by Whitewood with Ethias and the SFPI. Last July, the mixed fund acquired Engie Towers for some 400 million euros. The rental of one of the two towers  the Pole Star  has just been concluded with the European Commission, Engie remaining tenant of the other tower.

AG Real Estate has been advised by JLL Capital Markets BeLux team for this transaction.