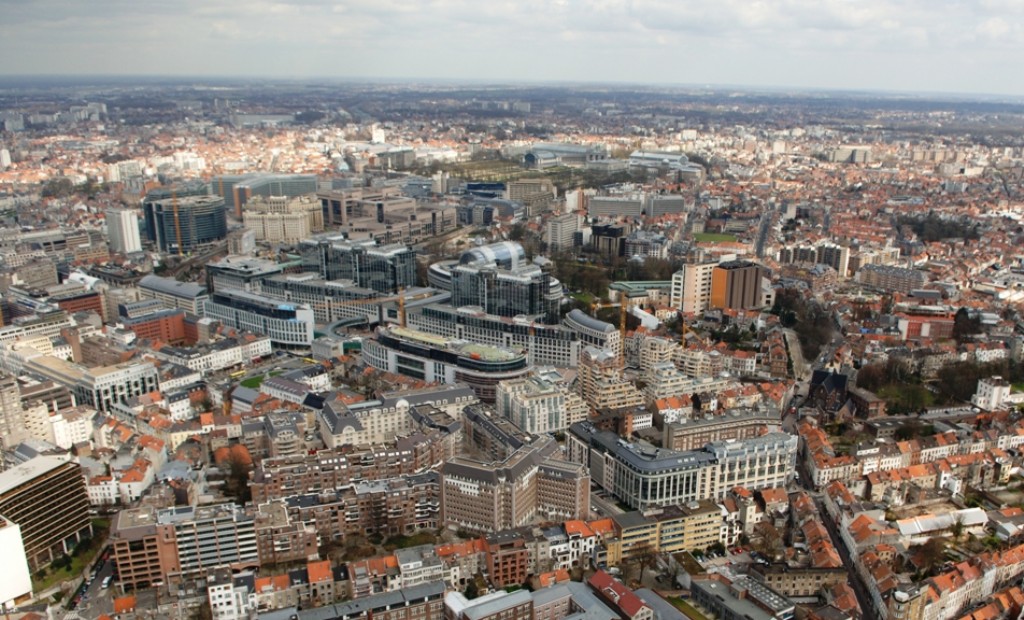 The European district continues to see a great deal of development

The theme of the conference was the state of the Belgian office market, with 2022 being described as a turning point following several good years in terms of increasing prices etc. The party is over, repeated David Vermeesch on more than one occasion. However, the news is not bad, just realistic with more stability coming to the market. And indeed, inflation appears to have hit its peak and begun a downward trend, he said, with the expectation that it would be down to 7.9% by next July. Interest rates too are expected to stabilize once again, or even come down.

Looking more closely at the occupier market, this is being highly impacted, stated David Vermeesch, by new priorities: the New Way of Working, ESG, the war for talent and mobility criteria. The headline rental level is now of secondary importance, to such an extent (a point he made at Realty this year) that the agency is now more likely to be contacted by the clients Human Resources Manager than its Facilities Manager as in the past. On these new realities, he said that ESG was no longer exclusively a question of the companys image (important though this is) but of saving money too.

The war for talent impacts administrations as well as corporate, he went on to say. This war for talent is having some significant effect on how a company organizes its workplaces, especially as home or remote working is now very much part of the norm for most companies. A graduate from the University of Ghent, he used as an example, may not want to go to Brussels to work. But the company for whom this graduate would work, wants and needs him  so the company now has to make it possible for our graduate to work from Ghent. Recent concrete examples of the trend are the installation of head offices of Belfius in Namur and ING in Louvain-la-Neuve: both of these have a supply of talent, with Louvain-la-Neuve in particular possessing a major university.

Another aspect of the need to satisfy the new demands of young workers is a return from the periphery to the city centre. This is where all the facilities that young employees now expect to find in and around their place of work, are located.

The changing face of the market is also being seen in the supply and demand equation. For the first time, David Vermeesch said, owners and not would-be tenants are in the driving seat. Supply is extremely low in the Grade A buildings which everybody wants, and so owners can set the price without fear of losing a tenant.

To finish, a word about the outlook for the Brussels market in purely real estate terms. An important development pipeline is expected over the next two years, calculates Colliers, with some 129,300 m² set to enter the Brussels market in 2023. Around 55% of this amount is speculative, including The Louise with 28,000 m² and the Chancelier with 13,800 m² vacant. However, considering the increasing demand for energy-efficient buildings, these properties will most likely be pre-let soon. In 2024, the total surface area of projects amounts to 401,900 m².

The 2023, future pipeline is mainly concentrated in the Leopold and Louise districts. In the Decentralised areas and the Periphery, development is relatively low. Due to the trend towards relocation of offices to the CBD, the conversion of old office buildings into residential properties is still a hot topic in the decentralised areas. It is indeed is expected that 100,000 m² of office space will disappear from the Brussels market each year through reconversion, demolition or emptying for other types of use. This trend will particularly manifest itself in the districts of the city that are more difficult to reach by public transport.