At its press conference last week dedicated to the industrial and logistics market, real estate advisor JLL started by saying that take-up volume for industrial property was down by 10% on that recorded in 2021 but in line with pre-covid volumes. Logistics take-up was higher than the previous year but semi-industrial was down.

Focusing on logistics, JLL recorded a fraction over a million square metres of rentals and sales, some 29% up on 2021 and the third highest volume ever recorded following 2008 and 2016. And the pace is not expected to slow down in 2023. Demand as registered by JLL at the moment is at the same level as in 2022. There are some sub-lets fuelling the market, and some transactions which result from a degree of uncertainty (which is seen across all segments at the moment). However, in view of the lack of supply, certain large players are prepared to take on space at risk if they are expecting future contracts with their clients to materialize. This is where the sub-letting phenomenon comes in. As availability is severely limited (almost non-existent on the crucial Antwerp-Brussels axis) this trend is likely to continue.

Within the same logic, new projects are finding takers very quickly, just before or immediately after completion. JLL pointed out some prime examples of this. Firstly, the largest transaction of 2022, the letting by Heylen Warehouses of 70,000m² to AGP eGlass in the Ghent Logistic Campus. Then comes the letting by Intervest Offices & Warehouses to Easylog Solutions of the 48,400 m² of Zeebrugge Green Logistics just prior to completion. LCP let half of its project under construction (22,900m²) at Bilzen to SKF Logistics Services.

Perhaps a little out of the ordinary, in 2022 the Wallonia axis managed to double the transaction volume seen in 2021. The largest transaction on the Wallonia axis in 2022 was the construction by Yusen Logistics and MG Real Estate of 40,500 m² of pharmaceutical logistics space in the Créalys Science Park at Gembloux for GSK. However, the 13 transactions recorded on this axis remains only half of the number on Belgiums principal axis  Antwerp-Brussels. JLL expects to see the attractiveness of both these axes continue in 2023.

As is the case with the offices sector, the lack of suitable supply, along with increased land and construction costs, are putting upward pressure on rents. Prime logistics rents increased in Antwerp, Brussels and Liège. The reference rental level (i.e. on the Antwerp-Brussels axis) now stands at  56/m²/year. In the Brussels region the figure is higher, at  65/m²/year while in Liège a 4% increase has moved prime rents up to  55/m²/year. JLL expects a slight increase of up to 7% in 2023, for the most sought-after zones.

Turning to semi-industrial property, once again a figure of slightly over a million square metres of rentals and sales were recorded in 2022. This time the figure is a full 31% down on 2021. And once again too, a lack of suitable availability including fewer new business parks for SMEs is seen as the main cause, because demand remained solid throughout the whole of the year. Another similarity with the logistics market was the popularity of Wallonia in 2022 for semi-industrial space. While take-up decreased in all of the Flanders segments, by at least 16%, it went up in all Wallonia segments, particularly Namur and Hainaut province. The figure remained stable in Liège. Specific factors such as availability in Un Quartier Enée at Gembloux (Namur), Volta Business Parc in Liège and Hall-Eur at Alleur helped the performance of Wallonia.

As for logistics, semi-industrial rents are also moving upwards. Prime rents moved up by a figure of 2% to 13%, with the clusters in the Antwerp-Brussels-Ghent golden triangle leading the way. The highest semi-industrial rents are to be found in Brussels at  70/m²/year (up 8%) followed by Mechelen at  65/m²/year. JLL believes that rents will remain under pressure this year for the same economic reasons as previously stated, before stabilizing.

2022 was, against all expectations, a record year. Investment in industrial segment property exceeded one billion Euros for the first time ever. This was 77% higher than in 2021 and 89% above the five year average. And perhaps less surprisingly, more than four out of five investment transactions were for logistics property, more than doubling the five year average. The number of transactions was similar to last year, the exceptional total therefore coming from certain large size deals. Two deals of over 100 million Euros were concluded, and a further four of over 50 million.

The two leading transactions were the sale of developer Cordeels portfolio of projects totalling 230,000 m² and located at Zele and Vilvorde to Montea for 247,5 million Euros, and the purchase of seven buildings totalling 10,000 m² by WDP at Sedis Logistics in Tournai. This sale and lease-back operation involved a capital increase of 120 million Euros. The top 3 is completed by the purchase by W.P. Carey of the Greenyard Prepared production line in Bree for 93 million Euros, also a sale and lease-back. In 2022 some 72% of investment volume in 2022 was transacted by Belgian players. 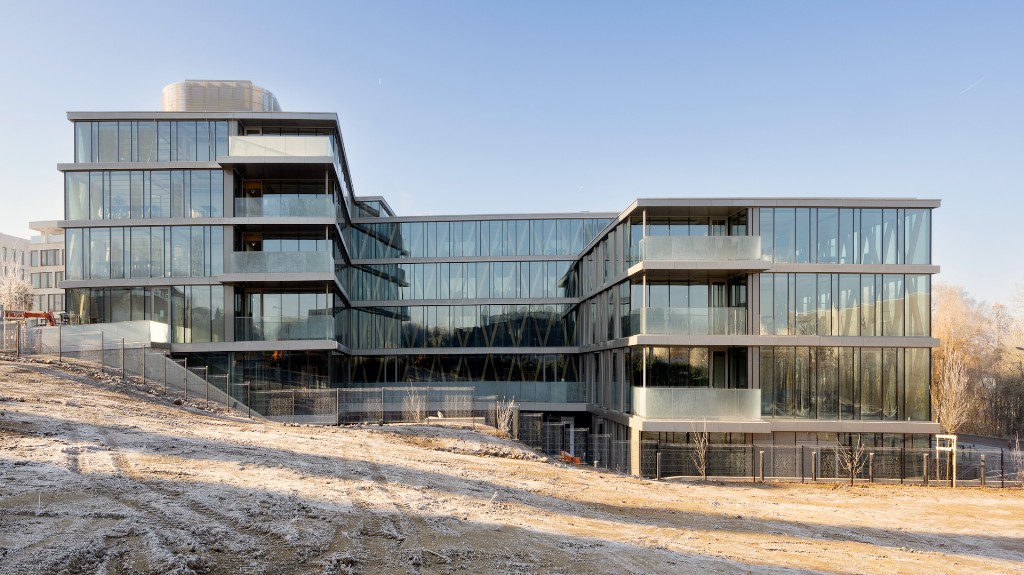